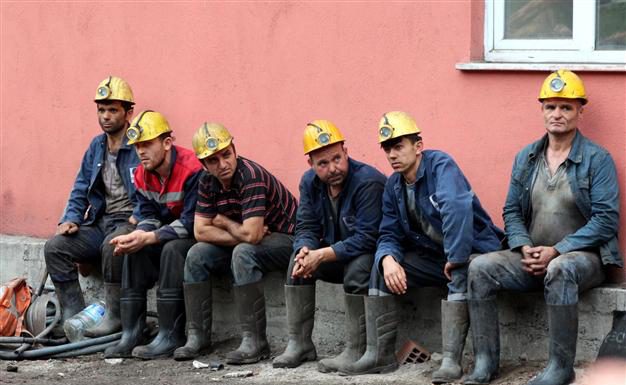 The term of employee has emerged with Industrial Revolution. The factories began to emigrate gradually as the socioeconomic group needed to maintain their vital activities, while the factories wrote a new class more human history. The working class created the concept of working for a certain fee depending on the owners of the workplace, almost all of the lower layer being included with the development of the industry.

In Turkey, this concept has formatted in the mid-19th century. At the present time, there is a Labor Code, besides this, Maritime Labor Code, and Press Labor Code are in force in Turkey.
Labor law plays a role in determining a fair working order in the society.
Let’s begin to explain to the subject what the features of Labor Law in Turkey are. If somebody want to work in company established under Turkish Law, he/she also knows the conditions and features. This article has been written in order to explain conditions and features, briefly.
Let’s start by describing the characteristics of labor law. There are two main principle one of which is protection of workers and one of which is interpretation for the benefit of workers.
That the leading motive of origin and development of labor law is the concern of the protection of workers who are in a weaker position in business relation. The distinctively protection of workers arises from the fact that workers are personally and economically dependent on the employer.
Another principle is interpretation for the benefit of workers that if there is a gap, lack or uncertainty in the regulations of the labor law, is the principle of making comments for the benefit of the workers.
To sum up, protection of workers’ rights, non-violation and non-exploitation have the priorities in Turkish labor law.
The characteristics of working conditions are as follows.
A 2 months trial monthly period is formed in Turkish law. That is to say, both employee and employer may terminate an agreement without any compensation and waiting for notice in 2 month-period because during this 2-month period, both parties are testing the suitability of working conditions.
It is compulsory to insure the employee by employer.
Legally 45-hour weekly working time has been arranged. However, if it is necessary for business, doing overtime is possible, only there are some limitations on daily and yearly basis. For example, over 11 hours in a day and totally over 27 hours in a year has been prohibited. Surely, it was arranged to overtime pay for each extra an hour as one and a half hourly working fee.
In addition to this, legally maximum 6 working days in a week has been regulated. In other words, one day per a week shall be no work. If working is required on nonbusiness day, week-end wage shall be paid as an extra daily fee.
Furthermore, on national holidays normally working has been prohibited however if the work to be carried out in those days as a matter of course, it is possible to work with extra fee. National holidays includes religious holidays, general holiday, public holiday and etc.
Every person who completes a one-year work period in same place is entitled to annual leave. The annual leave period is 14 days, up to 5 years of seniority. After 5 years seniority, the annual leave period is 20 days. However, the annual leave period starts from 20 days for persons under 18 years and over 65 years old.
A system for protecting the working period of the worker has been adopted as severance pay. Accordingly, it has been determined to pay one month’s gross salary for each working year. If employer terminates an agreement without a valid reason or employee terminates it with a valid reason, severance pay shall be paid in this manner.
Turkish labor law main features are as above in summary. That is a legal system interpreted in favor of the workers and various protective measures are regulated by law.